Padma Bhushan Dr. B. V. Raju, the Founder Chairman of Sri Vishnu Educational Society was a man of simple words, high aims, and higher achievements. Born in a humble agricultural family at Kumudavalli, a small village in West Godavari Dt., Andhra Pradesh, Dr. Raju believed that education is the key to help a person rise to the state of true humanness. His persistence and determination to win against all odds eventually saw him take a Bachelor of Engineering in Chemical Technology at Benaras Hindu University and later was part of a management program at the prestigious Harvard University. 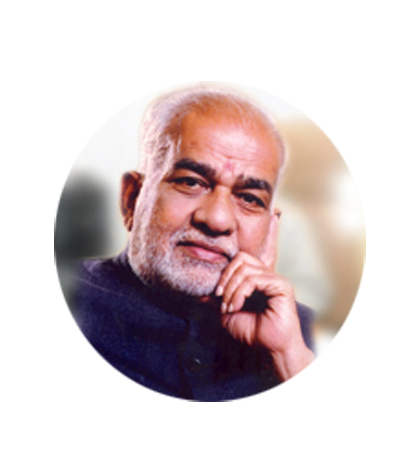 Starting his career in a small way in the cement industry, the tenacious young man rose to the level of Chairman. In 1972 he was invited to head the Cement Corporation of India (CCI). He then went on to play a key role in the planning, construction and commissioning of various cement factories across India. The Government of India recognized the distinguished services of this Doyen of Cement Industry and awarded him the title "Padma Shri" in 1977. Post his retirement his urge to become an industrialist made him venture into the industry and he started many companies starting with cement, ceramics, refractories and paper. The Raasi Group of Industries became a success catapulting him to the pinnacle of his career.

After attaining these heights, this man of few words and an unassuming personality, channeled all his energy and personal funds to bring to reality his long-cherished dream of 'promoting and disseminating knowledge and serving the cause of education in general and professional education in particular'. His efforts resulted in the identification of two strategic locations for higher technical education- Narsapur (Medak dt.) in Telangana and Bhimavaram (West Godavari dt.) in Andhra Pradesh. From 1997 onwards, he established two engineering colleges, a dental college and a hospital, a college of pharmacy, a college for computer education, a polytechnic and various schools under the banner of Sri Vishnu Educational Society.

In 2001, the Government of India felicitated Dr. B. V. Raju yet again for his dedicated and immeasurable service to society, awarding him the title "Padma Bhushan".

Since inception, VISHNU has benefitted from a superior leadership team - from our strong, active and independent board members to our experienced and globally-distributed senior management team. 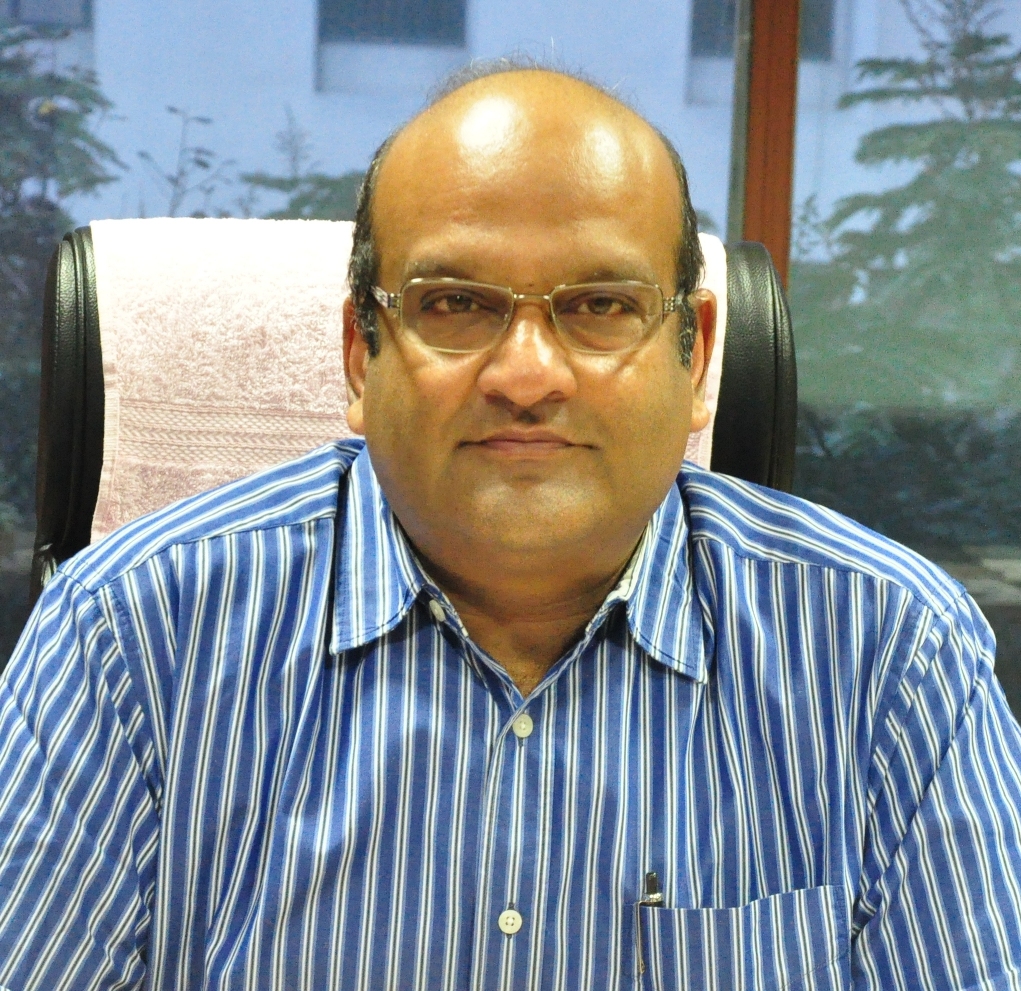 Sri. K.V. Vishnu Raju, is the grandson of the Founder Chairman Padma Bhushan Dr. B.V. Raju and is his ardent follower and admirer. He began his career as a Chemical Engineer in M/s. E.T. Dupont De Nemours, USA, from 1989 to 1991, where he looked after research and development in polymers, ceramics and adhesives. He returned to India in 1992 and served as the Executive Director of M/s. Raasi Cement Ltd., Hyderabad till 1995. The following year, he was promoted as Joint Managing Director of M/s. Raasi Cement Ltd., a post that he held till April 1998. In December 1999, he took over as the Managing Director of M/s. Anjani Portland Cement Ltd., Hyderabad.

He completed his graduation in Chemical Engineering at REC, Trichy and his Post Graduation at Michigan Tech University, U.S.A. He is now the Managing Director of Vennar Ceramics Ltd., Sai Aditya Foods & Retail Pvt. Ltd. and Hitech Print Systems Ltd. He received the 'best alumnus award' from NIT Trichy in the year 2015 for his outstanding contribution towards academics. He was appointed as a member in State Private Sector Advisory Group (S-PSAG) of A.P. State Higher Education Department. His aim is to fulfill the dreams of founder chairman late Padmabhushan Dr. B.V. Raju by following his path of serving the poor & needy and to promote the cause of education and serve the society. 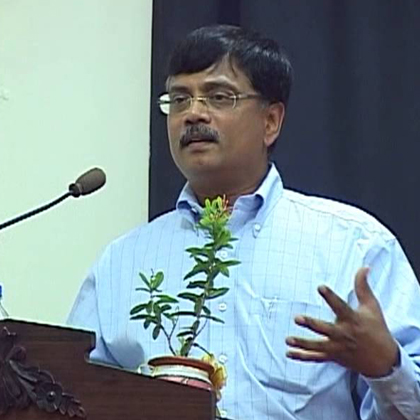 Ravichandran Rajagopal, Vice Chairman of Sri Vishnu Educational Society, is a graduate in Mechanical Engineering from National Institute of Technology, Tiruchirapalli, and a postgraduate in Management from Indian Institute of Management, Calcutta.

Ravichandran started his professional career with the Swiss multinational company Novartis, India where he served in various capacities including Business Development, New Product and Application development, and Vendor Development. 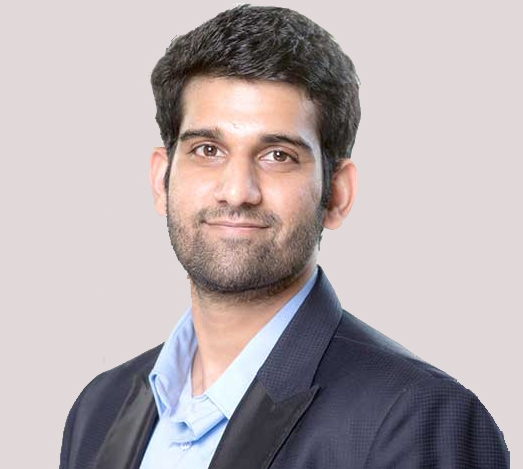 Aditya Vissam comes with a global exposure. Having done his Industrial Engineering at Pennsylvania State University, USA his understanding of engineering education in large universities, use of digital content, technology and pedagogy are some of the best practices he brings to the table. He has a rich work experience at Office Depot as Supply Chain Manager and later he returned to India to take on responsibilities in the family business with interests in manufacturing, retail and education. He is presently a Management graduate from Imperial College, London and is at Amazon UK in the Leadership team. 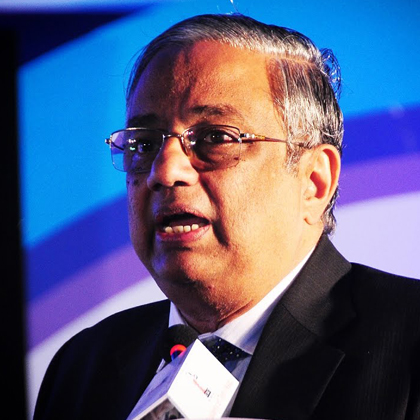 Dr.Srinivasan Sundarrajan, Director of Sri Vishnu Educational Society is an eminent personality with acumen of working with prestigious organizations. He was an outstanding missile scientist with Defence Research and Development Laboratory, Hyderabad between 1974 and 2011. Prior to joining NIT in 2011, Dr.Sundarrajan was with Missile Programme of Defense Research and Development Organization for over 30 years and received mentoring by Dr.A.P.J.Abdul Kalam.

He was the Director of National Institute of Technology - Tiruchirappalli (NIT-T) from 2011-16, a prestigious institution that is rated consistently among top 10 institutions in India. He was actively engaged in transforming this institute to the future requirements through strategies and initiatives, adopting disruptive technology route.

Dr.Sundarrajan completed Mechanical Engineering from Thiagarajar College of Engineering, Madurai, and did his post graduation and doctoral degrees at IIT - Madras. He also has a PG certificate from Indian Statistical Institute. As an INAE (Indian National Academcy of Engineering) - AICTE Distinguished Professor, Dr.Sundarrajan made significant contribution in integrating curriculum development and emerging areas of technology.